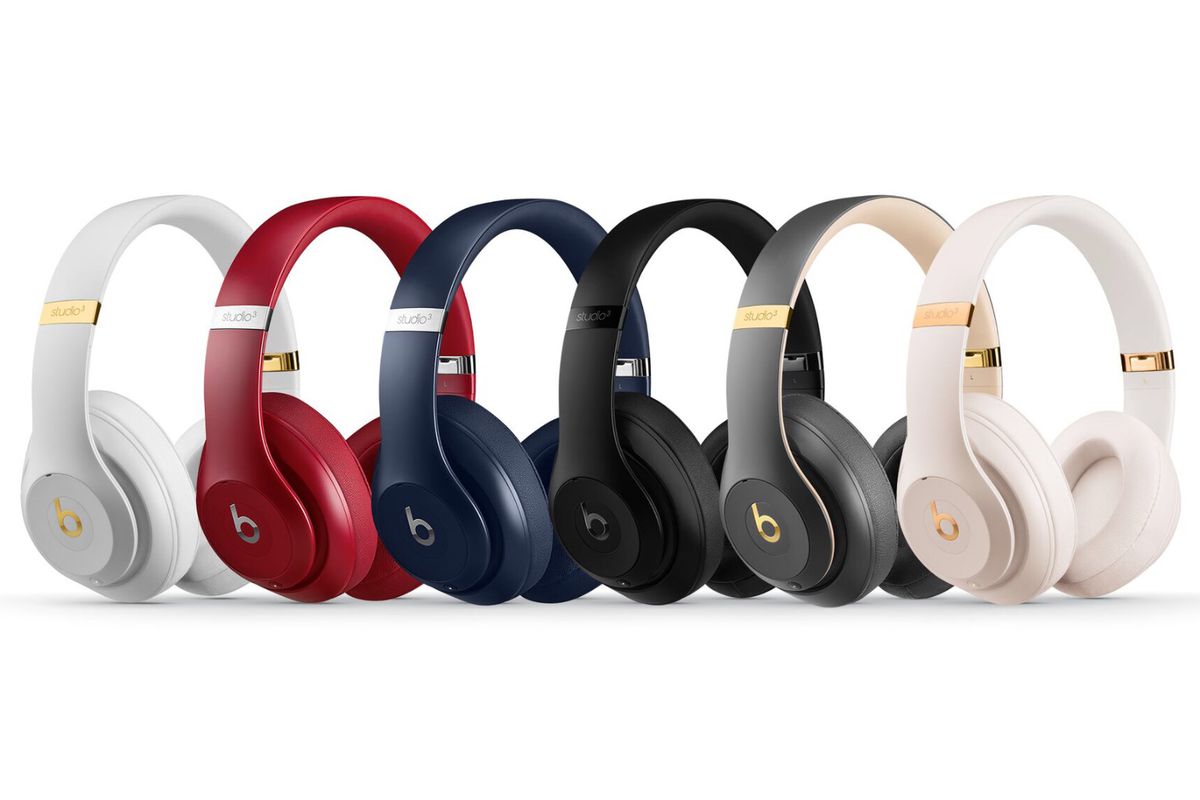 They still very much look like Beats and, at least in terms of apperance, aren’t much changed from the company’s other current products or the Studio Wireless headphones they replace. The Studio 3 Wireless are basically a larger, over-ear version of the Solo 3 Wireless. Beats will offer them in a range of six colors, and my favorite of them — gray with gold accents — is among two “limited edition” designs. Beats says the ear cushions have been improved so as to be more comfortable for all-day wear.

Inside is where all the major upgrades are. The Studio 3 Wireless include Apple’s W1 technology to make pairing with nearby iPhones, iPads, and Macs effortless and immediate. When connected to a W1-supported Apple product, the headphones should reach wireless battery life of 22 hours with noise cancellation on — or up to 40 hours in audio-only “low power” mode. Beats says that audio quality doesn’t change or degrade with noise cancelling disabled. (You double tap the power button to toggle noise-canceling on and off.) That 22-hour figure is slightly better than Bose’s QC35 and Sony’s MDR-1000X headphones. The Studio 3 Wireless headphones also feature Class 1 Bluetooth for more reliable and longer-range connectivity. And when the battery runs low, the company claims you can get 3 more hours of listening time from a 10-minute charge.

Noise cancellation isn’t new to the Studio line, but Beats claims to have reengineered its entire approach to tuning out distractions as you listen. Beats now calls it Pure Adaptive Noise Canceling (Pure ANC). The Studio 3 Wireless headphones constantly sample your surroundings and algorithmically adjust the strength of noise cancellation to better match that; it won’t be nearly as cranked up in a quiet coffee shop than on an airplane. The system also compensates for leakage due to hair, glasses, or other factors. It takes around five seconds to adjust when you switch from one noise environment to another.

Since some people are sensitive to the feel of using them, both Sony and Bose offer various levels of personalized settings with their noise-canceling cans. So Beats isn’t really in standout territory there. But the company is emphasizing the completely revamped silicon and processing power that are needed for constantly-shifting Pure ANC and long battery life; Beats points to the efficency of Apple’s W1 as a key driver of all that. They still use a microUSB connector, though. Both USB-C and Lightning (used by Beats X) seem like wiser choices for premium-priced headphones this far into 2017.